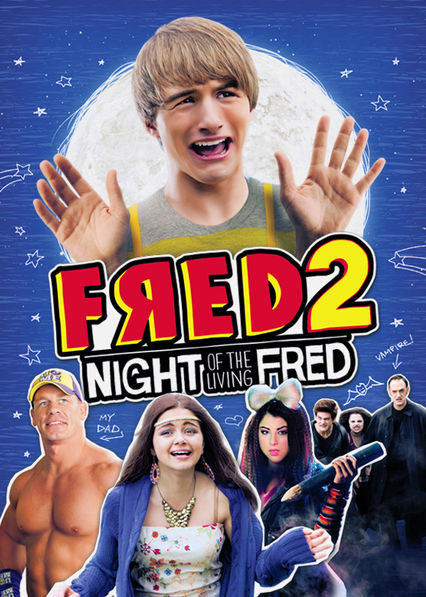 Fred 2: Night of the Living Fred

Fred 2: Night of the Living Fred (stylized as FЯED 2: Night of the Living FЯED) is a 2011 independent comedy film. The film is the sequel to the 2010 film Fred: The Movie, based on the adventures of Fred Figglehorn, a character created and played by Lucas Cruikshank for Cruikshank's YouTube channel. It is a Halloween themed sequel. Jennette McCurdy, who played Bertha in the original Fred, did not return and is replaced by Daniella Monet. John Cena returns as Mr. Figglehorn (Fred's imaginary father), and Jake Weary returns to play Kevin. Supah Ninjas star Carlos Knight co-stars as Kevin's friend and partner. Pixie Lott, who played Judy in the first film, did not return and therefore her character was written out of the plot; it is revealed by Fred that they broke up and she was the one to break up with him, proving they went out following the events of the previous film.